Ever felt the need to have an endless debate! 😀

Well, if you are a Dragonball fan then perhaps this could just be the ideal topic 😆

I remember watching the first episode on TV back in high school and ever since then I have watched the various sagas multiple times. Each character in the anime is amazing but many of us would always remember the most prominent ones. So, basically as a part of this anime we have two main characters namely :

He is the main protagonist who always tries to push himself to the limit by learning new techniques. He first learnt the Kamehameha wave from Master Roshi and then later went on to master the art of Kaio-Ken from King Kai. He also learnt other techniques such as the AfterImage technique while battling other fighters. Goku's strength are his friends and family who support him and consider him as the Savior of the planet. Unlike a true Saiyan, Goku is a gentle and humble man due to a head injury he suffered during childhood that completely erased his aggressive Saiyan personality. Goku's transformation into a Super Saiyan for the first time is one of the highlights of the series. Goku was engaged in multiple battles but the Battle with Frieza on Planet Namek is worth watching even today. At the end, Goku is remembered for his kind nature, quick learning ability and a true warrior who will do anything to save his planet Earth. 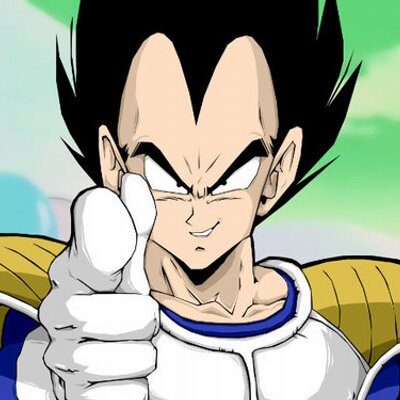 The Saiyan Prince Vegeta is the second main character from the series who falls on the exact opposite end. Vegeta is an elite Saiyan warrior. He is a man of few words and doesn't really have much friends. He constantly trains in order to surpass Goku and his current Saiyan strength. During the initial part of the series, Vegeta is engaged in an intense battle with Goku but then eventually at the end they both get along. There are instances where Vegeta does display strong human emotions and kindness which shows that even a true Saiyan warrior can have a soft heart! Vegeta's final attack The Galick Gun is a high energy wave blast similar to Goku's Kamehameha. For many Dragonball fans, Vegeta acts a symbol of respect as his true strength lies in his Saiyan pride.

Even though Goku and Vegeta continue to remain the best of friends they are always ready for a sparring fight. One of the interesting facts about Saiyans is that they don't age and eat a lot of food!

Please do let me know your thoughts on the Dragonball character you like the most in the comments section below. Thanks!